Cyber Hunter is a great battle royale style game that has been gaining popularity since its release. The game is set in a futuristic environment and has robots, Artificial intelligence and weapons such as microwave guns and parkour. This is a game that is designed for all those people who enjoy sandbox-style games and are fascinated by sci-fi.

Now in case you have not yet downloaded Cyber Hunter on your PC or Mac, download it now!

Key Features You Must Pay Close Attention To

The game is designed in such a way that it is possible to obtain and use special skills in the game, such as optional camouflage, invisible force fields and quantum barriers. This adds another level of complexity to the game and makes it more engaging.

The map for the game consists of many different details and has been designed with a lot of different factors in mind. Cyber Hunter has a great map containing different terrains such as mountains, waterfalls, deserted temples and relics. These give the player a break from the monotonous nature of battle royale games.

Not only does the extensive design of the game encourages players to explore the map, according to the gameplay players can collect items of importance from the debris left behind on dead robots or within the different structures on the map.

There are several tricks and tips a new player can use to ensure that the old players do not have a competitive advantage over them.

Some Must Know Tips

Push to Level Up

Players need to level up in the game to unlock certain items and weapons that are only available once you cross a certain stage. This means that you rely on the level you are on to be able to compete with other players. The best way to level up is to perform well in all the battles.

This may not be possible as many factors affect performance. Make sure you are dedicated to the game and gain experience points regular to get upgraded to the next level.

There are several ways you can boost the skills of your characters. The number of v-coins and experience points you gain, you purchase supplies and upgrades for your character. Boosters should be earned and consumed at equal intervals making it easy for the character to defeat other players. Using the daily cap can have effects on the character’s growth.

When playing solo, it is important to attack than to take a defensive position. Make sure you do not stagnate at one point and keep moving. It is easy to target someone who is stationary and it is an important rule for survival that you ensure that your character keeps shifting its position and searches for either resources or enemies.

It is important to stay close to teammates when you play with a squad. A cohesive squad is formed with people having different skills. As a member, you can always bank on your teammates to get you out of a tough spot.

With these tips in mind, one can learn to play the game faster than they anticipated. Go ahead and try them today! 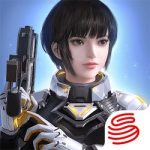